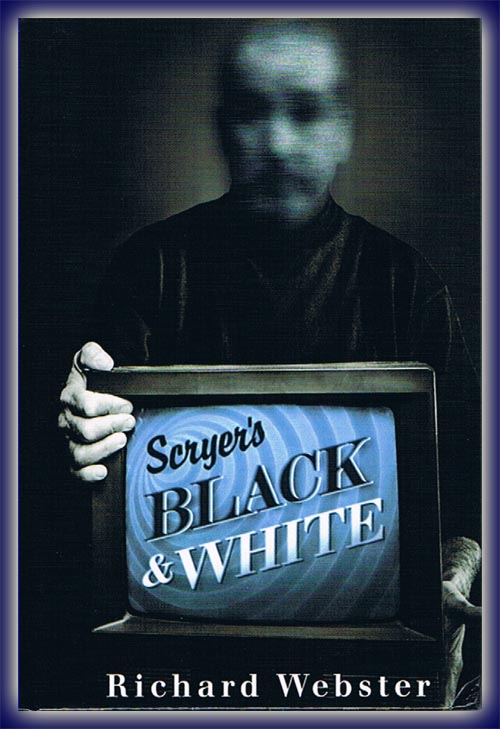 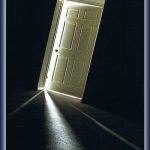 This is Highly Recommended reading from a real worker “in the know” and that “knows all!” Thanks to both Richard Webster and Neal Scryer for allowing us to offer this new book to our esteemed customers!

Original Ad Copy for The Black Book:
Neal Scryer is the pseudonym of a successful New York mentalist and psychic. He is highly regarded by his peers, and has been described as a “creative genius.” Over the years, he has helped many top mentalists develop unique presentations. In this book, he shares many of the ideas that have made him so successful.

These include: 17 ideas using the Psychometry from A to Z principle, Neal’s Killer Q & A routine, 5 ideas using the pendulum, 2 effects with business cards, 1 with playing cards, and 1 with Tarot cards, Synchronistic Dreams – you and your client experience the same dream. Ted Karmilovich said this effect was “brilliant.”

Paper Bag Psychometry: a bizarre effect using a voodoo doll – that helps his clients, a chapter called “The Real Thing.” Neal is a psychic, and in this chapter explains how he does genuine psychometry, helps people meet their spirit guides, answers questions, solves people’s problems, uses his guides to help others, and advocates humming. The book also includes a blessing ritual that Neal performs at the end of his private readings.

This book contains all the ideas and secrets that have brought him fame and success as both an entertainer and a psychic reader. None of the effects in this book are hard to do.

Most are impromptu, and use simple props, such as a pendulum, business cards, Tarot cards, and playing cards. Some effects use no props at all. Some of the effects are close-up, but most can be performed for both small and large groups. Neal Scryer is a psychic as well as a psychic entertainer. Consequently, a number of the ideas in this book involve no trickery, as they are “the real thing.”

Neal’s first book, The Practical Psychic’s Little Black Book, caused a sensation in the psychic world when it was published in early 2011. Almost everyone who bought that book immediately asked to be put on the waiting list for the next one. This book is almost twice as long as the first, and contains more than 70 effects and routines that Neal uses on a regular basis. None of them is hard to do, and they all use simple props and methods.

In this book, along with ideas using the A to Z principle, the PATEO force, the pendulum, and effects with cards, Neal includes chapters on how to use past lives and angels in your psychic?-?and psychic entertainment?-?work. Neal Scryer is a psychic as well as a psychic entertainer; consequently, a number of ideas in this book contain no trickery, as they are “the real thing.”

This book is essential reading for any serious psychic/psychic entertainer. “Neal Scryer was a legend long before ‘The Practical Psychic’s Little Black Book’ ever surfaced and will continue his rise to fame and greatness with this latest offering.

That stated, I am very excited to announce the latest Scryer/Webster project – which will contain “both” The White and Black book, in hardback – with new artwork.

If you are interested in reserving a copy of this hard back edition – you can do so at this time. As in previous pre-sale Scryer/Webster Products – Stevens Magic Emporium will NOT charge your account until the book ships.

Testimonials:
Black and White
“We live in an information age. The problem is there is much information. Much of it is bad and, these days, the trick is to find the right information. If you want to do mentalism at its highest level, pure mentalism that requires almost no props, get the White and Black Book by Neal Scryer and Richard Webster. This dual collection, now in a beautiful hardbound edition, represents material that has already been tested by the masters and is just waiting for your study. I personally don’t collect books or props. If I can’t use it, I get rid of it. Black and White is material I won’t part with. Neither will a slew of other workers. That should tell you something.” Richard Osterlind (03.15.13).

There are only a few “insider” books that I would withhold from the general public. This is one of them. The ideas, effects and strategies contained within the 91 pages of this little tome are priceless. That’s a large claim to make, but in this case it’s absolutely true.

I have made my living with mentalism for many years and if you’re interested in how a clever psychic turns a simple system into what I believe to be millions of dollars, read this book. There are only a few “insider” books that I would withhold from the general public. This is one of them. The ideas, effects and strategies contained within the 91 pages of this little tome are priceless. That’s a large claim to make, but in this case it’s absolutely true.

I have made my living with mentalism for many years and if you’re interested in how a clever psychic turns a simple system into what I believe to be millions of dollars, read this book. I have the pleasure to know “Neal”, although it isn’t his real name, and he is the Winston Wolfe of the psychic market. He thinks fast and he talks fast, but if you listen, you’ll hear the voice of experience. You, gentle reader, don’t have to listen because he’s written it all down for you to enjoy. I seldom write reviews or endorsements, but this is a book that should be on every mentalist’s bookshelf, even for its potential alone! Docc Hilford – 2011

“This is one of the best books for the reader and mentalist that I have seen in many a year. I use several things from it all the time. Of the many wonderful things in this book is the effect ‘Last One Standing’ which I do over the phone. Great stuff in this book!,” Tony Razzano – past president, PEA” (Anm. H. Voit: Psychic Entertainer’s Association)

Richard Webster broke new ground for psychic readers and entertainers with his “A to Z Psychometry” book and it’s still hugely valuable today to anyone who gives readings. However, one person took the concept and really ran with it. His pen name is Neal Scryer and he joined forces with Richard to write what I consider to be a “top shelf” book. Reputation-making stuff. After you digest this book you’ll NEVER be stuck. It will open up your mind and your spirit to the full potential available to you as a reader. I love everything in the book, from cover to cover… you just KNOW when you are reading “real-world” stuff compared to arm-chair theory. Neal has certainly been there and knows his stuff.

But my favorite concept is a MIRACLE CLASS idea. Use this ONE idea and you’ll be a legend. Neal was reluctant to tip the idea on page 53. I can see why. You could start a cult with that one idea that Ted Karmilovich called “brilliant.”

Honest-to-God, if Richard had only asked me before he published it I would have forced him to release that ONE IDEA separately for $1000.00. Do it and your sitter will NEVER forget you. Ever.

The back cover sums it up perfect: “The Practical Psychic’s Little Black Book” was written for psychics and psychic entertainers. It is not suitable for hobbyists or people who perform only occasionally.” I agree, and hope it only gets in the right hands and stays there. HIGHLY RECOMMENDED. Stuart Cumberland

This is fabulous book is a thought provoking read as well as a gold mine chockfull of practical advice for the readers’ and Psychic Entertainers. Mr. Scryer and Mr. Webster are exceptionally creative persons, with a long tenure for producing high quality material. This book proves this to be true once again… I highly recommend The Practical Psychic’s Little Black Book. –Marco Rubella – Italy

‘The Practical Psychic’s Little White Book’ is now and has been my own most anticipated release of 2011, and few things have me more excited! Knowing what I do of the contents and the man behind them, this one is a no-brainer. I’ve long maintained that if you’re not actively working with material of Neal’s caliber, you’re working at a severe disadvantage. Get this book and prosper!” Jerome Finley

‘Once in a generation, one emerges from the shadows to share the inner-workings of priceless secrets. Neal Scryer is in a caliber all his own. For those that have read his first book, ‘The Practical Little Psychic’s Black Book’, no recommendation is needed… I sincerely suggest to everyone that values “Psychic Entertainment” to get ‘The Practical Psychic’s Little White Book’ before it departs back into the shadows from which it came.’ Ron Chavis 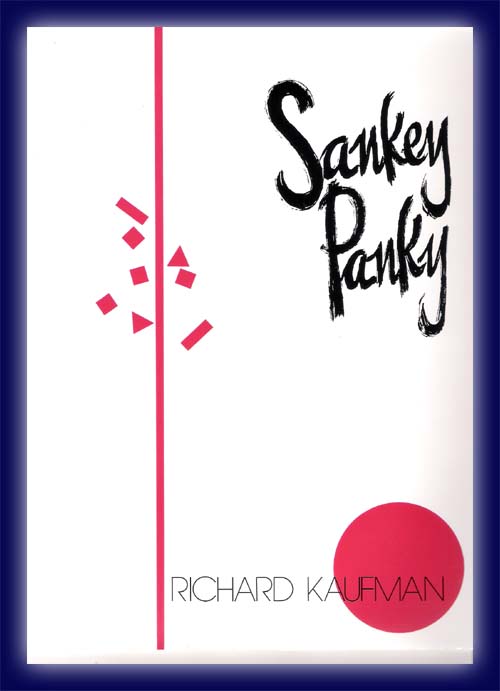 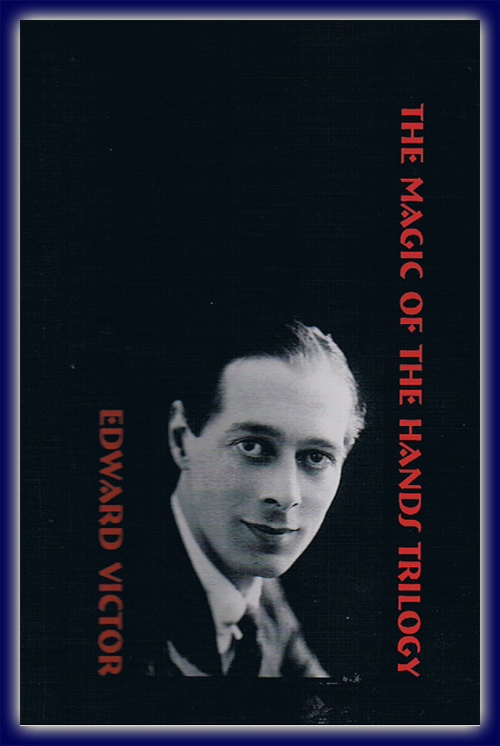 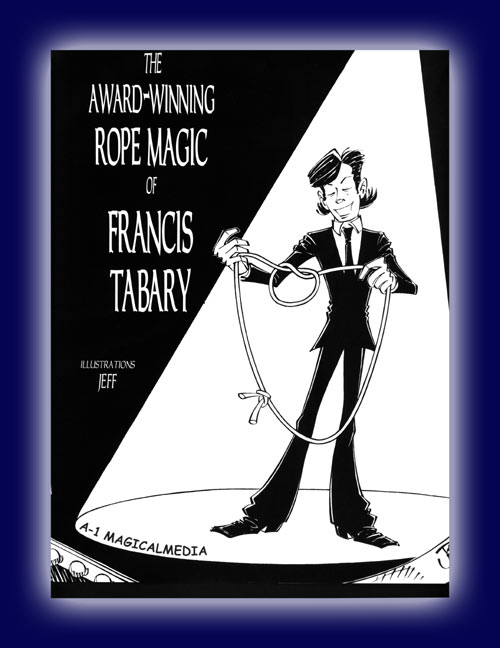 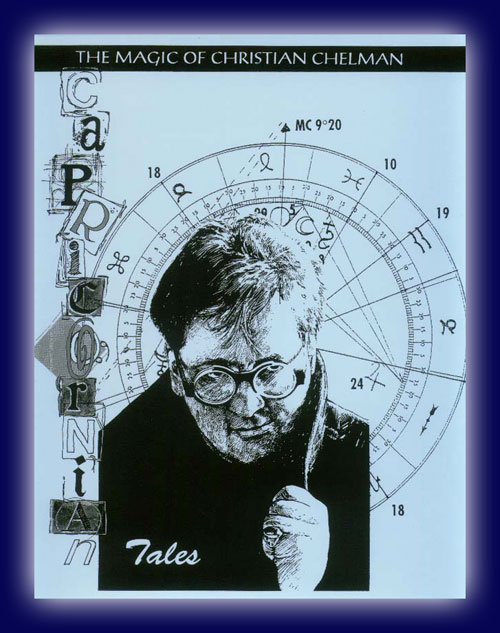